A haven of tranquillity in East Northamptonshire

Aldwincle (sometimes Aldwinkle or Aldwinckle) is a village and civil parish in North Northamptonshire, with a population at the time of the 2011 census of 322. It stands by a bend in the River Nene, 4 miles (6.4 km) to the north of Thrapston. The name of the village means “Ealda’s nook”.

Aldwincle (sometimes Aldwinkle or Aldwinckle) is a village and civil parish in North Northamptonshire, with a population at the time of the 2011 census of 322. It stands by a bend in the River Nene, 4 miles (6.4 km) to the north of Thrapston. The name of the village means “Ealda’s nook”. Aldwincle has a mixed population of 350, with a high proportion of retired people. Those in employment mainly commute to towns such as Peterborough and Kettering, or further afield to Cambridge, London or Birmingham. There are a number of small home-based businesses, a garage and a village shop, as well as a couple of farms.

There is a highly regarded voluntary aided primary school in the parish, Trinity CE Lower School which is now part of the 2 tier system which was in place for September 2016. The school now caters for Reception to Year 6, with a current roll of about 150 pupils.

Aldwincle Village Hall has been extensively refurbished, including a catering standard kitchen. It has good resources for village events and is available for private hire.

The parish church, dedicated to St Peter, is an attractive and well-maintained building. There are two Sunday services each month, one of them being a Family Service. There is a Baptist chapel and also a second Anglican church building (dedicated to All Saints and shown above), though this was declared redundant several years ago, and is in the care of the Churches’ Conservation Trust. This was one of the first churches to introduce “champing”, and has proved popular with walkers and canoists using the nearby River Nene. The original village rectory was the birthplace of the poet, John Dryden. 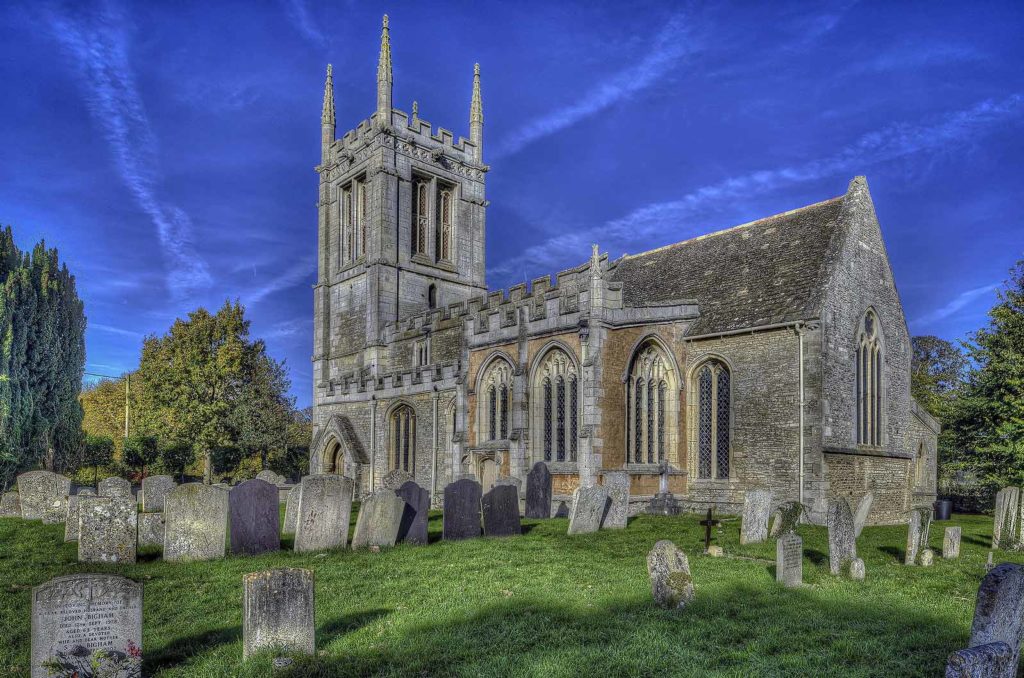 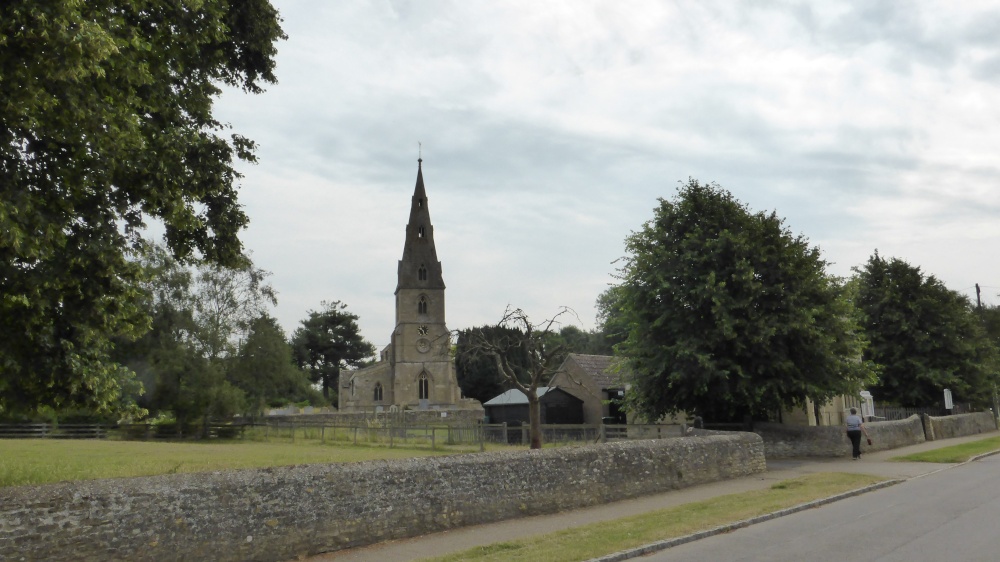 The parish, covering nearly 1120 hectares, consists of an irregular triangle of land, extending N.W. of the R. Nene at 100 ft. above OD, over a broad and generally flat interfluve some 260 ft. to 290 ft. above OD and then down the S. side of the Lyveden valley, here 200 ft. above OD. Except around the village, which lies on river gravel, the greater part of the parish is on either Boulder or Oxford Clays. There are still extensive woodlands on the higher parts.

¶The parish is noteworthy for the large number of Prehistoric and Roman sites found in it; this has been the result of chance discovery rather than the presence of those physical features which were especially attractive to settlement. The major complex at Henslow Meadow in the S. of the parish was uncovered by recent gravel-workings, and detailed excavation by D. A. Jackson for the Department of the Environment has enabled a long sequence of sites to be recorded. These include the Neolithic mortuary enclosure (1), and a number of barrows and ring ditches (2–7). An Iron Age settlement, Roman settlements, a pit alignment and a Roman bridge (8–11) have also been discovered. Another major Roman settlement and some undated enclosures (12–17) elsewhere in the parish have been discovered by fieldwork and air photography.

In the extreme N. of the parish two medieval moated sites (19) and (20) are part of the extensive remains of now-abandoned medieval settlement in the Lyveden valley (see p. xxxix and Fig. 12), which may have been organized economically on an extra-parochial basis.